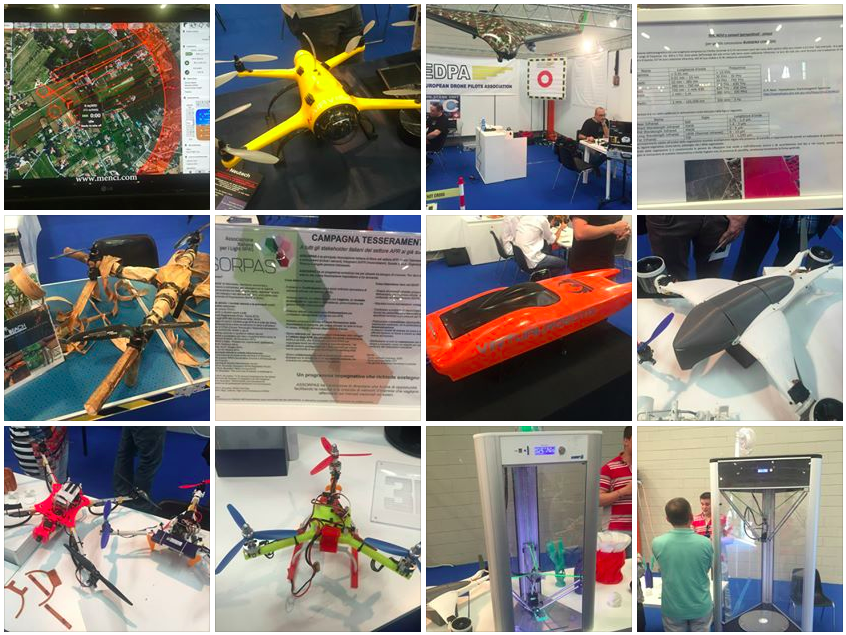 A new technology needs breathing space, in order to blossom into multiple interesting applications. It looks like drones are being instead suffocated under the weight of excessive regulation, which will delay their development. At least that is the strongest message from Drone Expo, which was held in Bergamo, Italy on May 17-18, 2015.

The conversations were mostly not about the capabilities of the drones, or how certain applications can deliver value to their users, but on certification of drones and pilots, safety regulations, insurance coverage, privacy concerns, and so on. Together with Spain, Italy has one of the strictest regulatory environments on drones and a lot of ideas go untested, or their inventors have to move to other nations that are more welcoming. I’ve been told by exhibitors that they are moving to Switzerland or even Peru or South Africa in order to find a more open environment to build out their ideas.

Drones are of course not only of the flying type, and there were drone ships too at the exhibition, as well as 3D printed drones, and a wide area cordoned off with a net for flight demonstrations.

Evolving the right policies rapidly is crucial for the adoption of new technologies. The regulations are said do be loosened up for next year in Italy. Will it be too late for those with entrepreneurial spirit who will either have left, or found that those in other countries have conquered an unsurmountable competitive advantage?