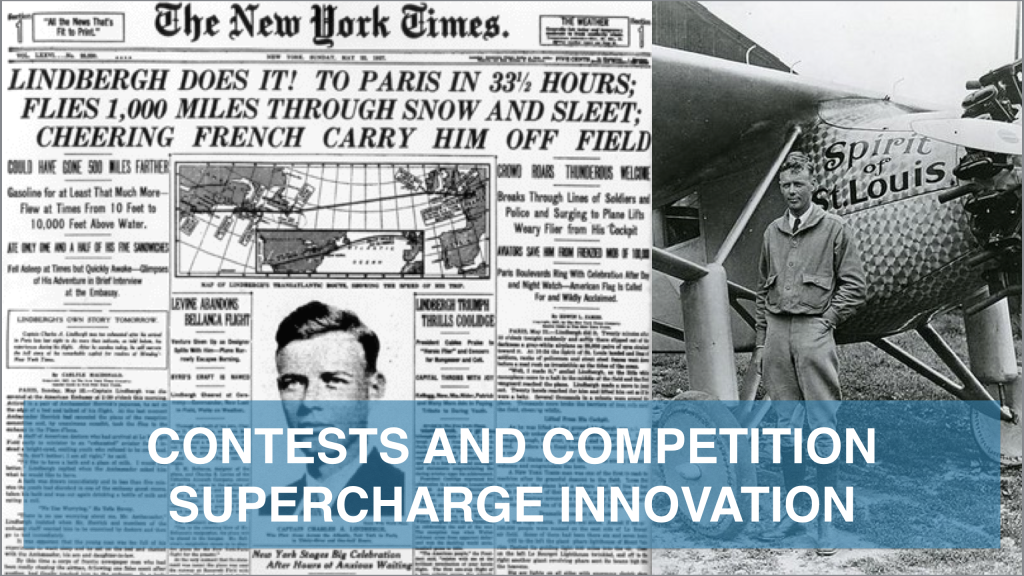 When Lindbergh made his successful transatlantic flight, it was to win a contest that catalyzed competition and innovation in the field of aviation. Inspired by the lesson of the Orteig Prize, the various Global Impact Competition contests around the world award a scholarship for Singularity University’s Global Solution Program for innovators that want to positively impact the world with the power of their exponential ideas.

One of the first to broadly leverage these mechanisms was Peter Diamandis, with XPRIZE. The Ansari X-prize spurred a race for the first private human space-flight. There are now many new prizes that are pursued by teams around the world. An interesting feature of the mechanism around the prizes is that the teams in total spend many times the amount of the prize that they have a chance of winning, achieving a multiplying effect of the passion and innovation around the topic.

On top of applying directly, there are many country-level competitions organized by alumni and sympathizers of Singularity University. The Global Impact Competition selects people who are passionate about positively impacting the world through the power of technology applied to solving our grandest challenges.

After organizing it in 2012, ’13 and ’14 with Axelera, the contest is going to be launched soon in Italy as well, through the local Chapter of Singularity University, SingularityU Milan. 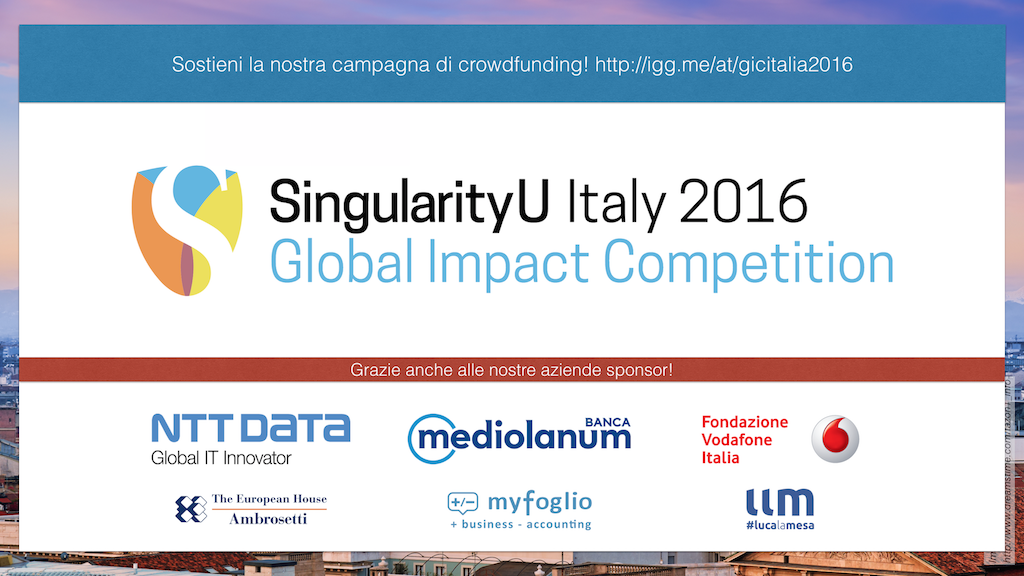 For the first time, on top of corporate sponsors, the fundraising of the contest also allows individuals to participate, by supporting its crowdfunding campaign on Indiegogo.