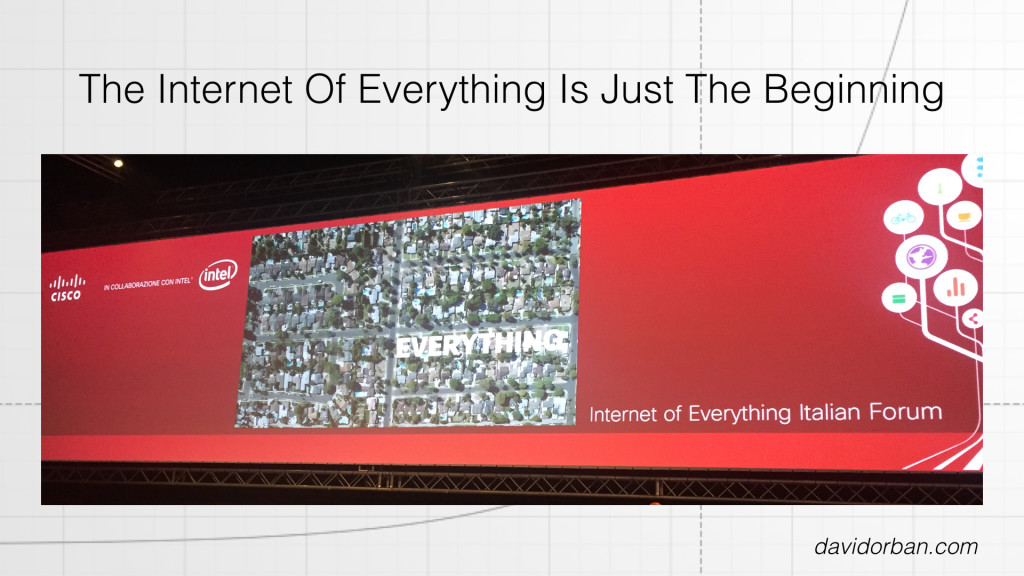 Technology cannot be seen as isolated, but it is coevolving together with our society. Since the invention of fire, agriculture, the steam engine, etc. we have not only shaped our technologies but we have been shaped by them.

50 years ago computers were born deaf and blind and needed al the help they could get from humans to learn about the world around them. As we have been able to make them more and more powerful, at smaller and smaller sizes, they gained sensors, dropped keyboards and when possible even screens. Unconstrained by the human scales of interaction they are disappearing into the environment and can grow in numbers to vastly more than then mere seven billion or so humans on the planet. The data that they are collecting about the world is becoming evermore precious and the way it is handled must evolve too.

The Internet is really just at the beginning of its design and deployment. Networks of networks are spreading explosively in computers, phones, sensors, cars… and there is no object that can be smart that soon won’t be, as it outcompetes its dumber rivals. Data collected in layers upon layers must be analyzed, understood, and acted upon autonomously by decision making processes that live in the networks without human involvement. We have in front of use huge challenges in understanding the consequences of this necessary but radical change.

For hundreds of years centralized and hierarchical organizations, whether nation states or corporations, were the best to formalize and implement plans, to achieve ambitious goals. Now the world is moving towards decentralized and distributed systems, the Network Society, embodied  and put in motion by the Internet of Everything, that are going to empower and emancipate billions of people, with fresh minds connected online, ready to tackle their individual and our common challenges.

I gave a talk about these themes at the Internet of Everything Forum part of CISCOLive! 2015 in Milan.