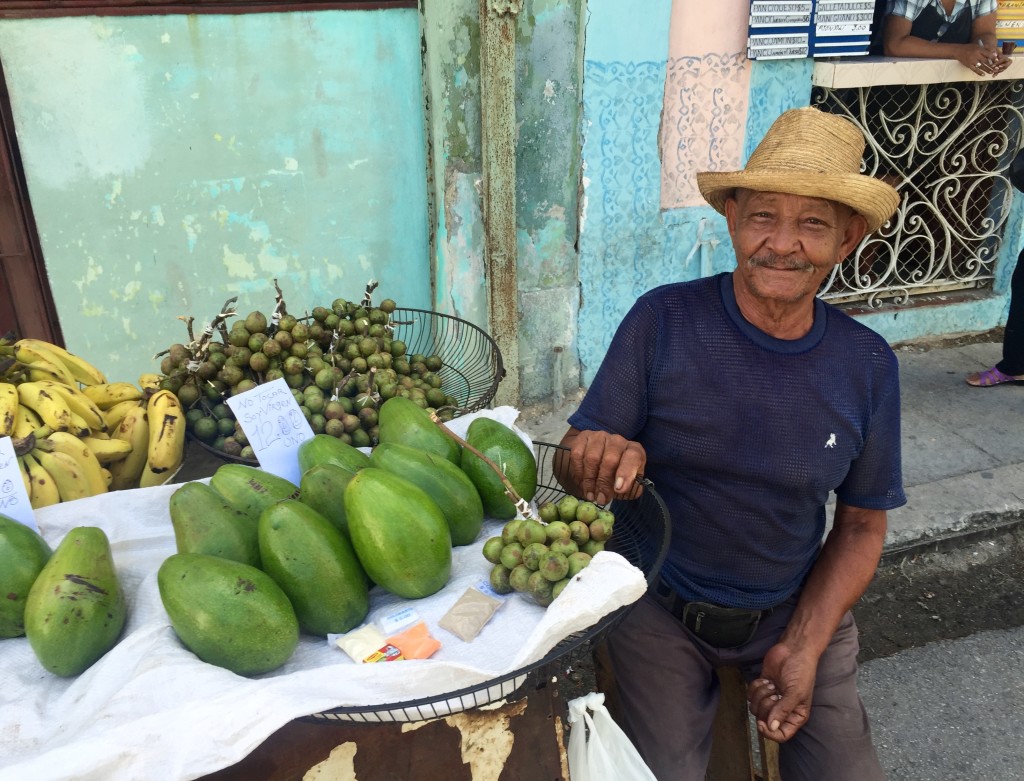 In a world that has decided to turn away from the experiment of planned economies, Cuba’s loyalty to the failed model kept its society in a state of suspended animation. Millions of people live lives that can’t fulfill their full potential. The lifting of the US embargo is not only going to bring Cuba into the world stage of trade and commerce. This vibrant Caribbean culture has the opportunity to allow it to leapfrog into the 21st century by embracing new generations of technologies that are better performing and create a sustainable socio-economic model.

I spent two weeks in Cuba in July 2015, for my 50th birthday and to remarry, just informally if romantically among the two of us, Diana, the woman of my life, with whom I’ve been married for 28 years. This was the first time that I was in Cuba, and I was very curious about its people, society, economy, politics, challenges, and opportunities in this crucial moment of its history.

The overall impression of the attitude of the vast majority of people is that of waiting. You can’t sustain revolutionary fervor for 50 years. Yes, Cuba had its dictator thrown out, and has been able to maintain its socialist planned economy for 50 years. First with the help of the Soviet Union, then, when after its dissolution the Russians stopped caring much, and through a wrenching crisis, it is now the turn of the Venezuelans and the Chinese to provide oil, and manufactured goods, with as little questions as possible. The US embargo, rather than bringing the regime down, as naively imagined by the gringos, has served as a perfect universal excuse to hide each of the failings of the planned economy. You can’t have the latest models of cars (or very few of them actually built after the 1950s)? Blame the Estados Unidos. You are unable to produce milk in a fertile island that is not overpopulated, that has plenty of vegetation, and cows? Still probably blame the EEUU.

The make-work jobs that the government provides to anybody, to claim the lack of unemployment create hordes of people hopeless of their own worth. They also force equality on those who invest in their education and dreams, and reap no reward, like the brother of our taxi driver who earns much less, even if he studied petrochemical engineering and works in a state owned oil company, and chauffeur didn’t.

Meeting hustlers and swindlers in La Habana trying to trick tourists into buying low quality cigars or souvenirs for ten times the price was a relief. Individual initiative and entrepreneurial zeal is born necessarily in the grey economy defined by arbitrary rules and can give birth to a group of people who are ready to invest in themselves and bootstrap their communities out of an imposed poverty. With the changes coming these will feel advantaged, while those who are faithful to the passivity required by the government are going to be stunned that they are not only not going to be rewarded, but very quickly their jobs and security will disappear as companies become more efficient and the social safety nets get dismantled.

The smell is already in the air of all the usual horrible traps that come with unregulated markets meeting inexperienced consumers: pyramid schemes, miraculous creams, savage advertising, everything bad that already swept Eastern Europe, Russia, Albania etc. with years needed before a semi-decent new equilibrium is found.

When analysts looked at Africa they would remark in the ‘80s that it could never have a phone service as there wasn’t enough copper being mined to lay all the cables for the huge continent. And of course with wireless phone service now practically everybody has or has access to a mobile phone in Africa. This leapfrogging that technology allows is a huge opportunity for Cuba as well.

If you are smart, and don’t fall into the trap of the market economy’s false syllogisms, it is possible to create a modern 21st century economy and society through leapfrogging the unneeded steps that the last part of the 20th century required. Do you want more electricity? You can install photovoltaic panels. (I already saw Israel made solar panels, even if very few of them.) Do you need more mobility and transportation? As you renew your the car fleet of the nation, the adoption of mobile carsharing apps can ease the burden on roads, increasing the efficiency of the transportation network.

The goodwill that Cuba created through its doctors active all over the world, and through the education of tens of thousands of students from African countries is going to be long lasting and important. It is a smart way to leverage your knowledge economy, and when through new, fast, uncensored internet connections the interconnection into the wider world is going to be complete, this goodwill is going to generate a vast return.

The day I left the US embassy opened in Havana, and the day after the first Bitcoin transaction was carried out in Cuba… The new society that is going to be built must not be a replay of the dictatorship that has been thrown out. The eager, proud, happy people of Cuba deserve the opportunity and the help to build a future for themselves, by implementing the best practices and avoiding the mistakes of others.

6 thoughts on “Cuba is waiting for the change”