The conversation around technological unemployment, which assumes that we will see increasing amounts of social tension due to automation replacing human work in all sectors, hides a more fundamental issue. Technology must be designed and deployed in order to support human dignity, the building of sustainably meaningful lives, and the creation of resilient communities.

I delivered a talk entitled “Technology And Human Dignity” at TEDx Academy in Athens. The conference was impeccably organized and masterfully curated by Niki Siropoulou and the packed Megaron Concert Hall with almost 2000 attendees was witness to the thirst for constructive and challenging intellectual stimulation and call for action of the Greek society. The setting was poignantly appropriate of a Greece still reeling from the confusion and hypocritical conclusion of a summer of financial crisis, capital controls, and snap elections resulting in a government expressed by the votes of about 20% of the population. 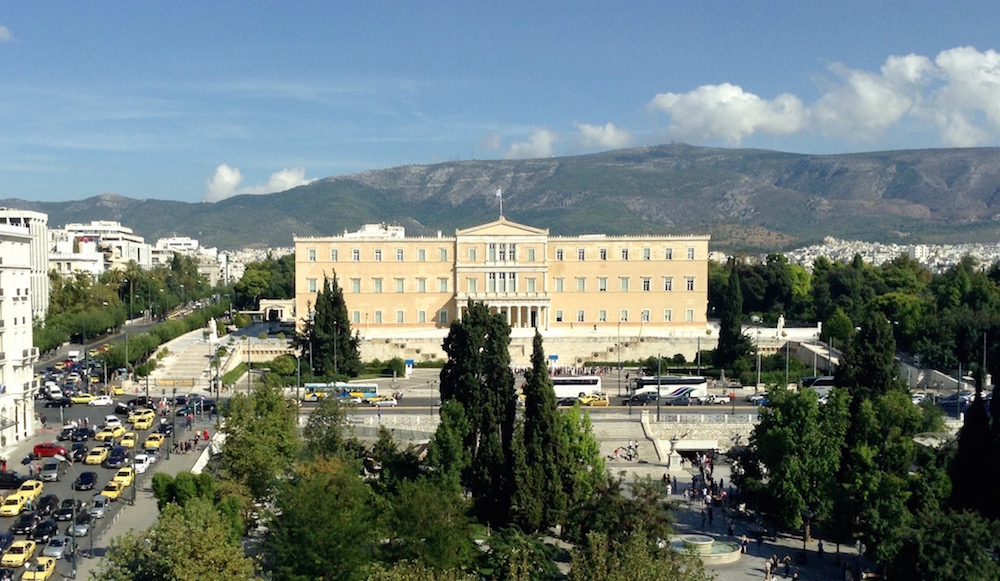 It is time that we realize that the speed of change that technology imposes on corporations, which have to keep competing for survival in a globally connected world, may exceed the capabilities for adaptation of the people working in them. The simple solution of laying off layer after layer of workers who have been judged unproductive can’t be a solution in a society that doesn’t give them opportunities and time enough to find a new purpose and passion that can support them and their families. The psychological burden of not measuring up to the impossible expectations of an uncaring corporate world puts an unsustainable burden on individuals who must be enabled to maintain their perception of self-worth. Punishing people by labeling them “unemployed” is unacceptable, and must become a slur word that is on the blacklist with others that express prejudice and discrimination. (Many people I’ve been having conversations with in Greece implicitly understood this as to my questions about their work often would reply: “This year I decided to work less, and dedicate my time to study, my family, and experiences that otherwise I wouldn’t have”, elegantly adapting their language to the new normal.)

The solution of imposing additional requirements on enterprises that have to move nimbly is unlikely to work, unless we dismantle the current system of worldwide interconnected commerce in goods and services. As a consequence it is the responsibility of society to open a broad and deep conversation, with courage and transparency about a new social contract that recognizes the need to nurture, support individuals, to build inclusive and empowering communities.

The video of the talk will be available shortly, as well as its transcript.

3 thoughts on “Technology And Human Dignity”