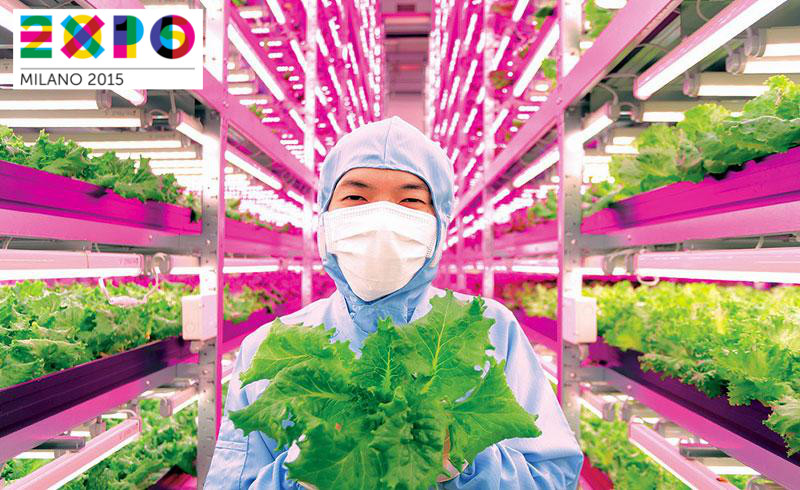 The urbanized world can achieve very high levels of food productivity using novel techniques of lighting and growing that make a large variety available locally in the cities to all.

We live in an urbanized planet. The United Nations estimates that 53% of the worldwide population lives in cities. And this is bound to increase in every continent and nation, from Africa, to China, including those we think of as heavily urbanized already as Europe or the US East Coast. There are many reasons for this trend, from the variety of services and opportunities available in the cities, to the underserved nature of many rural areas whose residents feel left out and often forgotten.

The needs for better control of our food supply

When hurricane Sandy was about to hit New York City in October 2012, one of the scary calculations that needed to be done concerned the food supply that supported a megalopolis of 8.5 million people. Would it be possible to keep the supply chain unbroken, bringing all the food needed each day into Manhattan and the outer boroughs? That the answer to this question was anything but surely positive is demonstrated by the photos of the empty shelves of supermarkets all over the area in the days preceding the peak of the storm. Eventually, while causing huge damage and loss of lives, the hurricane did not cause long enough interruption in the food supply of New York and Manhattan to generate famines, but the scare was real, and the alarm necessary.

Variety at a local level with no pesticides

It is today possible to apply hydroponic growing techniques together with LED illumination, to produce large quantities of vegetables in an enclosed environment. There are many organizations, such as the Netherlands based Plant Lab, or the Italian Micro Experimental Growing open source project that are leveraging these developments. With properly dosed micronutrients, and illuminated for the largest part of the day with a mixture of light frequencies optimized for their optimal development, the standardized environments, container-sized or smaller, do not need pesticides to maintain the healthy growth of the plants. Any variety of vegetables can be grown, according to the preferences of those consuming them, assuring local availability, and the greatest possible diversity of uses and nutritional value.

Today’s agriculture is trying to constantly increase yields, and exposes the cultivated areas to a pressure that impoverishes the soil. With increasing populations, and greater interconnected monocultures, the depletion of ecosystems is real, and unsustainable. Vertical and urban gardens, as described above, not only reduce energy, water, and soil needs by 90% or more per unit of vegetable material produced, but, even more importantly, transform agriculture from an activity proportional to the area occupied to one that grows with the volume. In some parts of the world, such as Fukushima, the future already arrived: in house growing of salad is producing millions of units in a converted warehouse.