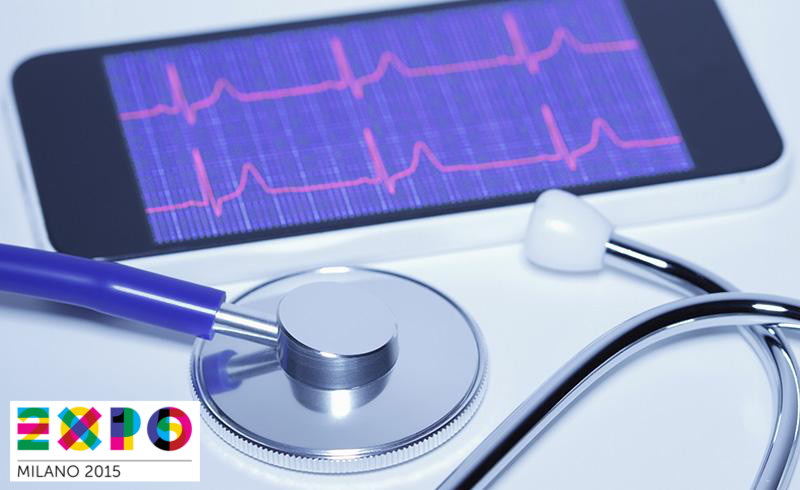 Every generation of mobile phones gets richer with sensors and easier to use with smart software applications, enabling constant monitoring of fitness data, for better nutrition and healthier lifestyles. Recent applications in India will positively impact the lives of millions.

It is a frequent criticism against technology that it only helps the wealthy, or those few who has access to it. While almost always true at the beginning of the lifecycle of the applications of a new generation of technologies, this viewpoint does not take into consideration what Ray Kurzweil, founder with Peter Diamandis of Singularity University, calls the law of accelerating returns. The mobile phone is one of the best examples of this in practice. In the early ‘90s it was an elite product, so much so that images of yuppies leaning on their sports cars holding brick-like phones to their ears are synonymous with the consumerism and elitism of the decade. But today, twenty years later, literally everybody can afford a phone, even among the poorest, in one form or another, and a phone that is much more powerful than its predecessors. Ray Kurzweil uses to quip that there is more information available to anybody with a smartphone today in real time than the President of the United States had access to twenty years ago.

The supercomputers we keep in our pockets are not only for calling and talking anymore. Their flexible radio communication modules have been complemented by additional sensors: for visible and infrared light; motion, orientation and gravity; atmospheric pressure, touch, fingerprints, and many more. They are connected to the Internet, being able to complement the calculations on the data they collect with powerful algorithms to analyze and correlate them with those aggregated from other phones. Applying this increasing level of intelligence to what we eat and how we live is extremely useful. We are able to monitor our various health parameters, from a simple logging of our daily weight, to the number of steps that we take whether during our exercise regimes or just by walking around during the day.

An application that helps children’s health

The single application with the highest impact in terms of short and long term effects in the lives of the largest number of individuals is probably the HealthPhone project being launched in India. Imagined, designed and implemented by Nand Wadhwani Nand Wadhwani and Gopala Krishnan, in collaboration with the Indian Academy of Pediatrics, Government of India, UNICEF and with support from Vodafone, HealthPhone concentrates on the fundamental the lifetime benefits to children provided by adequate maternal nutrition and breastfeeding. Communicating the information on over 30 accessible, culturally sensitive videos that are available in 18 of the major Indian languages, there are two prongs to the project. On one hand thousands of health workers physically bring phones from village to village, to show videos teaching about these issues. On the other, Vodafone is planning to send three hundred million text messages to its subscribers each year, inviting them to watch these videos for free. There is no cost associated to watching the videos, even for those who do not have a data plan, and there is even a further significant cash incentive in terms of calling credit for those who watch a specific set of essential videos among all those available.

A success-story made possible through technology

The impact of this program—made possible by the ingenuity and desire to create positive impact of individuals and corporations, and by the universal access and infrastructures of the mobile phones and their networks—is going to be measurable rapidly. Millions of children are born severely underweight in India, and the first months of their development can negatively impact a lifetime of physical and mental development, and the strength of their immune systems. The spread of information about the best ways to feed pregnant mothers, breastfeed newborn children and overcome with simple methods common illnesses like diarrhea will show up within a matter of a single year or so in the statistics. It will be a triumph of technology, and human ingenuity applied to nutrition and health!