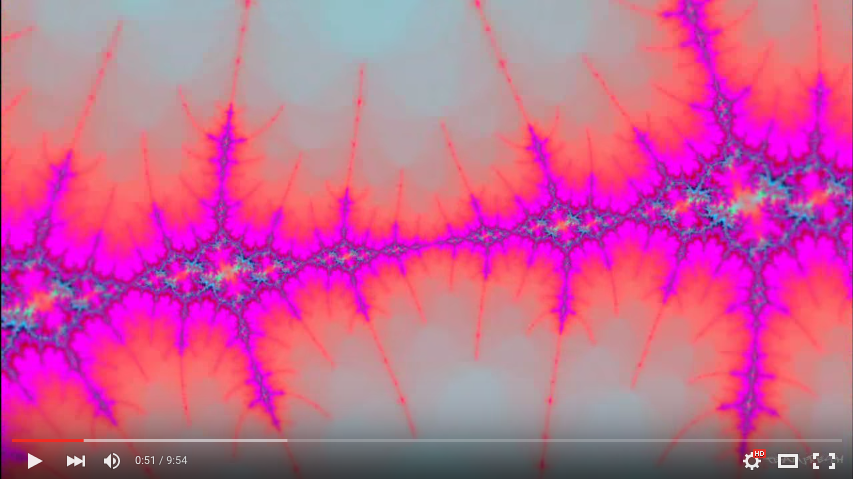 Your brain is surprisingly adaptable, and capable of taking advantage of new conditions it is exposed to. Simple sensorial experiments in vision, motion, and auditory input allow you to reveal the unexpected consequences of neuroplasticity. Can the changes that we induce provide clues for better memory, faster learning, and higher degrees of intelligence?

The following experiments are easy, and fun. They should also be completely harmless, and their effects transient. I am not a doctor however, and you should exercise caution and common sense when hacking, even more so when you hack your brain. Let me know how your experiments go, and if you find new ones for manipulating the perception of other sensory channels, I’d love to hear about them. After a brief introduction and context, I’ll give the simple instructions for each of the three experiments. Following you’ll find the description of the effect. You may want to execute the experiment without reading the effect, so that you can think about it in an unbiased manner, and go back to the section after that. To facilitate, the text of the effect is rendered in a very light green, so reading it is harder, probably the best is to select the text with your pointer to highlight it better.

Fractals were all the rage in the ’80s, when personal computers became powerful enough to start exploring their exotic, mathematical beauty. For some their allure disappeared, but I’ve always found them attractive, and breathtaking in the depths of the exploration of the universe of numbers that they allowed. The main representative of the fractal objects is the Mandelbrot set, and a few years ago I found a great video showing the ten minute long zoom into it: “Trip to e214” by teamfresh. Here is the video embedded below, but read on, before clicking on play:

Instructions: watch the ten minute video in full screen, keeping your eye as much on the center of the zooming effect as possible. In order to avoid buffering, let the resolution be set by the player. (If you want to see it in full resolution you can watch it again later, or buy the downloadble HD version it, as I did.) After the video ends, look at your room, quickly finding a area of converging lines, the corner, a door or window frame. What do you see?

Effect: the static converging lines appear to be zooming out, in a motion that is opposite to the zooming in that you observed in the video.

I like to listen to podcasts, but I am pretty impatient, and often want to get on with it. I am also alert, so it happens that I rewind quickly by 30 seconds or so with a tap or two, and listen to the reference to a book, a website, to visit afterwards. The best way I found to keep listening while engaging with my attention, is to set the speed to twice the normal, which is available in the platform I use, and should be available in most of the better podcast clients. Of course the pitch of the voice talking doesn’t change while the speed of the delivery does. Here is for example the podcast from Sam Harris that I like to follow. 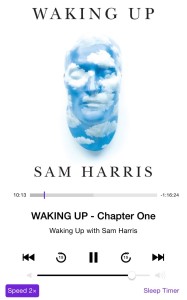 Instructions: pick a podcast client that allows 2x playback speed (for example the Podcast app on iOS), set it, and listen to 10 minutes of the podcast of your choice, equivalent to 20 minutes at original speed. Don’t worry if you miss a few words, and don’t stop the playback to rewind. After the time is up, go immediately to a friend and talk to her about the experiment, and ask her what she thinks.

Effect: the people talking to you will appear to be talking very slowly.

At Singularity University one of the cool things is being able to play with a lot of gizmos that are around. Oculus visors, drones, 3d printers, and so on. A few years ago there were some treadmill desks available and I set my notebook up on it, working on email, reading my feeds, for probably an hour. Since then my wife Diana built me a standing desk at home as well, and I like using it a lot instead of sitting in a chair or on the couch. At the moment there is no treadmill beneath it. 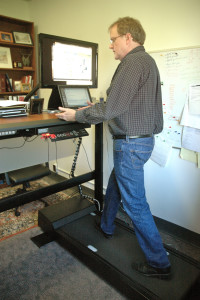 Instructions: use a treadmill desk for about an hour. If you don’t find one, go to your gym, and set the treadmill at walking speed, setting your phone on the handlebar, and read something on it that is big enough to see. (Don’t use the notebook, it will fall. Don’t run, it won’t have the same effect. Don’t listen to music instead of reading, it won’t have the same effect.) After the time is up, step off the treadmill, and walk towards an object 4-5 meters(10-15 feet) away, observing it.

Effect: the object seems to be rushing towards you at twice the speed of your steps.

Each of these simple experiments hacks a sensory channel, revealing the adaptability of our brain, and its capacity to reset to a new normal.